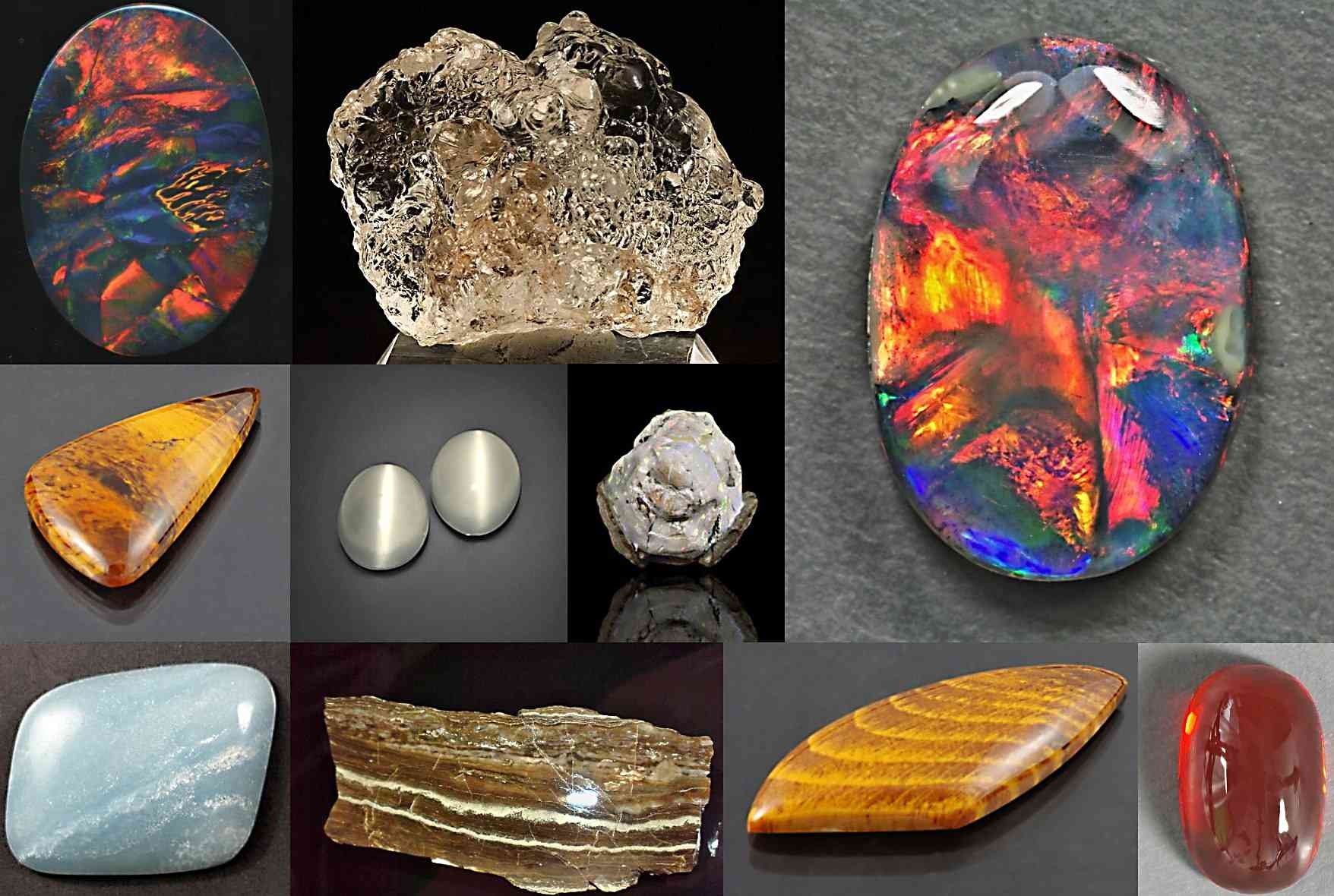 Opal with opalization (color change) - the rarest, most sought after and also the most valuable type of opal. Luminous and at the same time extraordinarily soft colorful colors caused its great popularity, rarity of occurrence and its high price rating. Expensive opal is usually white, yellow, gray to black, but the colors of the opalescent are very colorful. Already the Roman philosopher Julius Solinus attributes sixty colors to opal. When moving with opal, its colors change, so it is said that expensive opal contains all the gems - red ruby, blue sapphire, green emerald ....

Pozalized fossil wood, where the wood mass is replaced by opal but the wood structure has been preserved, has different colors.

The purest opal - glass opal is completely clear and colorless and is always colorless. Its name hyalite is derived from the Greek word "hialos" glass.

Mineralogically very interesting variety is hydrophane expensive opal with variable water content. In air, it loses a substantial part of its contents and thus the original color change. By immersing it in water, it can regain not only the original color change, but also translucency and gloss, although only for a limited time. Similar opals are therefore often stored in containers filled with water.

White, opaque and usually impregnated with a network of fine black dendrites (oxides or hydroxides of iron or manganese).

White color, opaque only at the edges translucent. It is rarely permeated by a network of fine black dendrites of iron or manganese oxides - then it is dendritic (moss opal).

It is a layered sedimentary opal.

They are solid, opaque to translucent opals of various colors, after which they are usually named.

Pink color, opaque, only translucent at the edges, sometimes mixed with chalcedony, found mainly in South America in Peru.